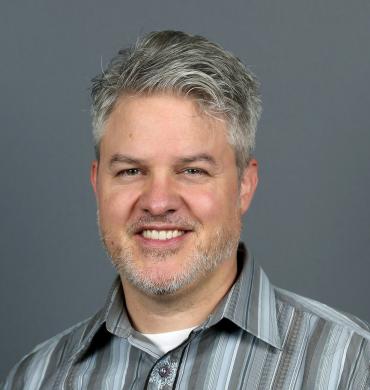 Matt has worked full-time as an IS Support Technician since 1997. His IS background includes a wide array of hardware tech, server administration, networking, troubleshooting, and training. Before coming to the University Library, he performed a number of IS jobs on the Stout campus, including several years as a supervisor for the campus helpdesk.

His work focuses on hardware support and server operations. He assists other members of the Library Systems and Web work groups.

Matt and his wife are avid readers; however, his ever-growing book collection is a constant source of frustration for his wife, who thinks libraries are a great place to keep books. He is a history and culture traveler, rather than a scenery and activity traveler. For several years, he was the owner/manager of a retail store specializing in strategy games. He dabbles with writing, music, art, and cooking. One of his homebrewed Belgian Ales won a contest as the best specialty brew of the Chippewa Valley.