Invasive trees and plants in Menomonie’s Lakeside Park have met their match: a band of intrepid University of Wisconsin-Stout students.

This fall, 144 students from multiple sections of three biology classes removed non-native species including buckthorn, prickly ash, honeysuckle, black locust and grapevine in the park on the west side of Lake Menomin.

Students cut down the undesirables and then spread a brush killer, provided by the city, on the stumps to keep them from resprouting.

The invasive vegetation truly was invasive — 11 dump truck loads were taken to a city burn pile.

Students also had to identify the native species growing in the park to separate the wanted from the unwanted. 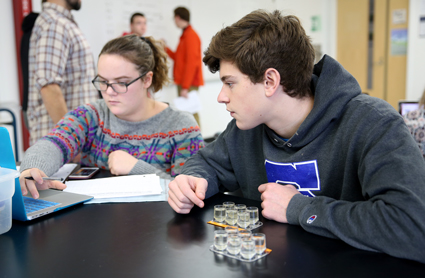 The project will improve park and shoreline habitat and help the lake, said Keith Gilland, an assistant professor of biology.

“Restoring diverse, native communities around water bodies in the area could be an important component to restoring the health of our surface waters in the region,” he added.

“Aside from the importance of eradicating invasive species, I think it’s important that students spend time outdoors, maybe slightly outside of their normal comfort zone, and become familiar with the community they're spending an important part of their lives inhabiting. Menomonie has a lot to offer, and not leaving UW-Stout's campus to explore would be a shame,” Gilland said. 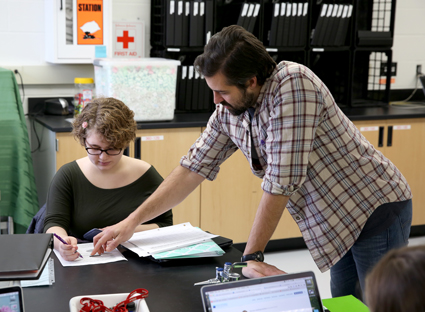 Gaetzke also is chair of the Lower Chippewa Invasive Partnership, of which Gilland is a member. “Keith's passion for invasive species control helps LCIP meet our goals to work on multiple sites and expand outreach/education about invasive species in our five-county jurisdiction,” Gaetzke said.

“Park users will now be able to view the lake in more places. The habitat has been greatly improved for birds, small mammals and turtles,” he added.

Gaetzke said the project was an outgrowth of a rain garden installed last year, also involving UW-Stout students, at the park.

The invasive species project involved students in Botany 242, made up of environmental science majors, and four sections of Biology 111, Science, the Environment and Sustainability, which includes students from a variety of majors.

One of the students was Ben Godleske, of Park Falls, majoring in environmental science. “Professor Gilland did a great job in helping us understand what the task was and how to approach it. Being a part of this project has taught me about the negative effects that invasive species have on their surroundings,” Godleske said.

“It’s very valuable to apply the things we learn in the classroom to the outdoors. I have always been a hands-on learner, and this project was absolutely perfect for that,” he added.

Gilland says more students will return in the spring to kill trees and plants that the fall effort might have missed. He and Gaetzke hope to expand the project to adjacent Wolske Bay Park and to the lakeshore on the south end of the lake, along Crescent Street, next summer.

“I envision doing an invasive removal project like this each semester that I teach Biology 111, rotating around to different sites,” Gilland said. 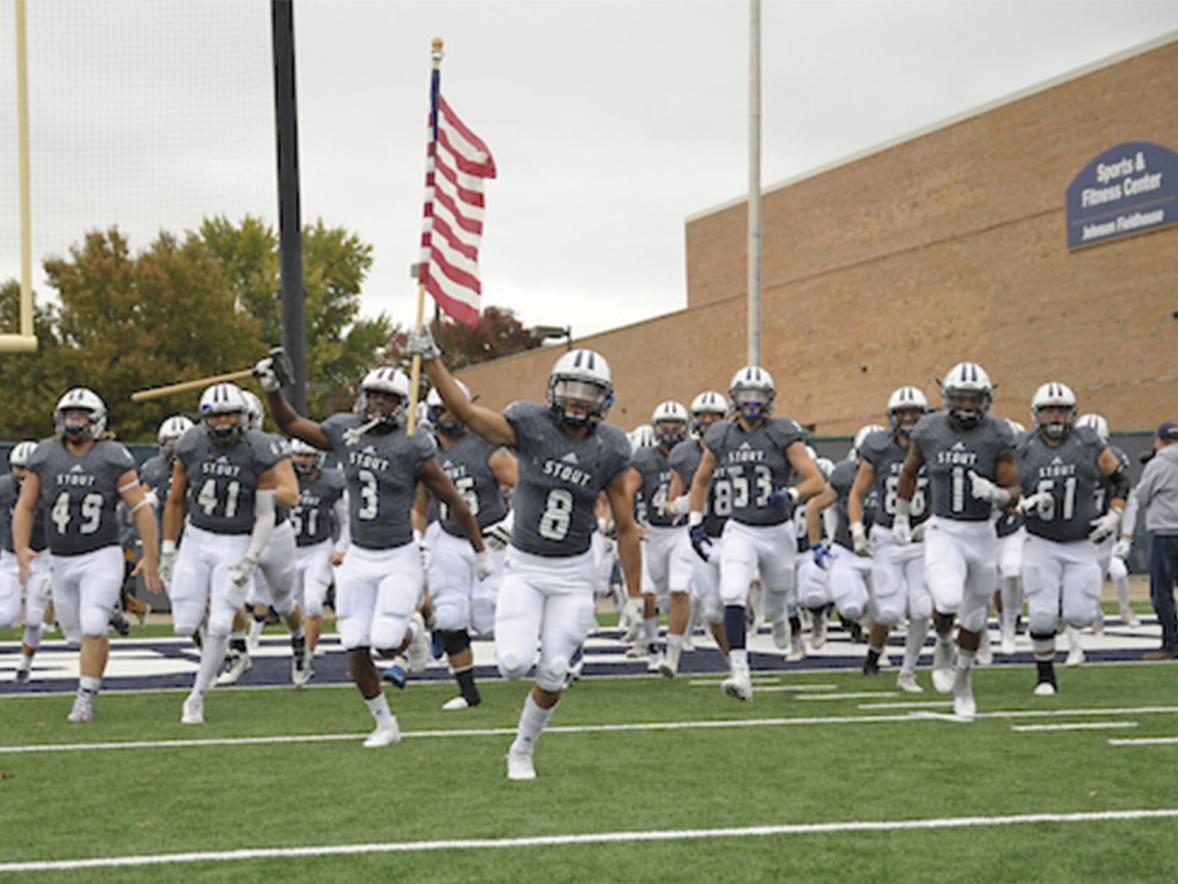 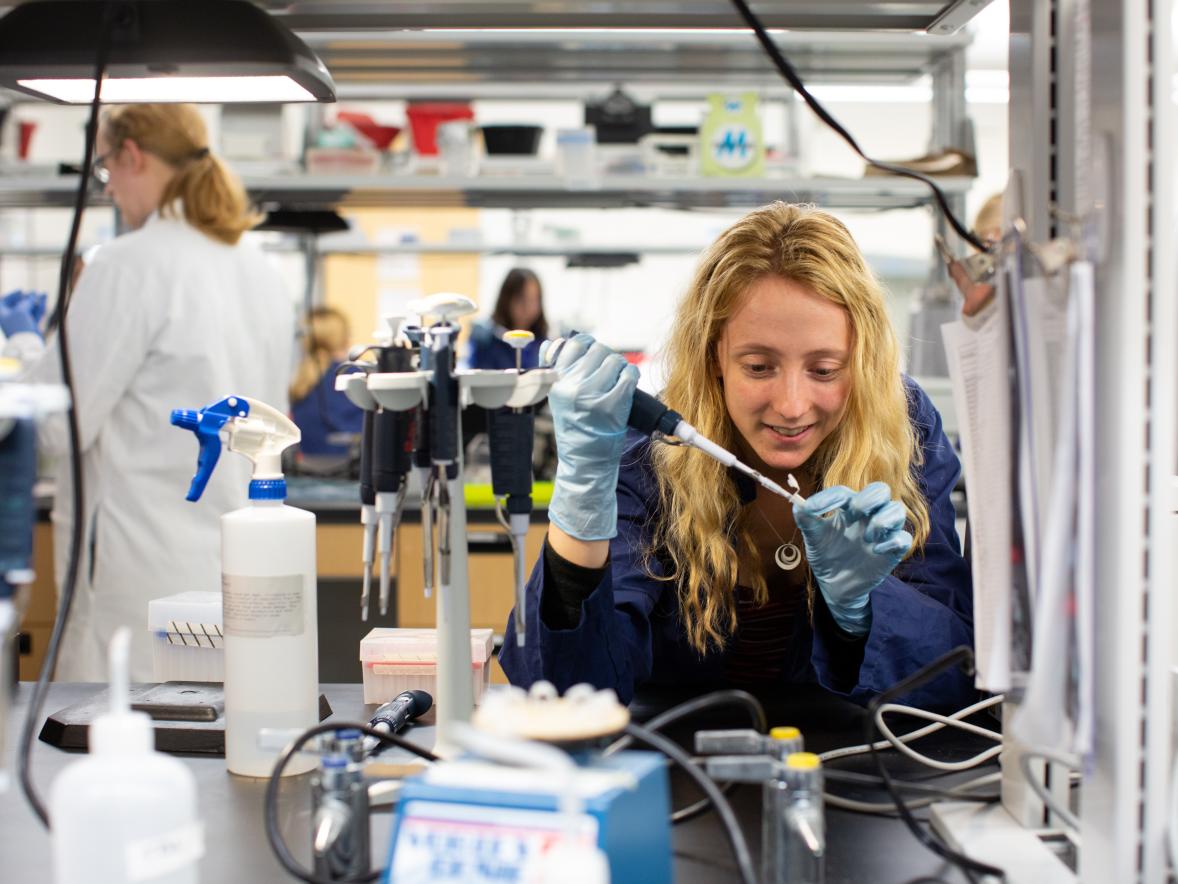