Each semester, all Honors College students explore a new topic through a common reading.  We come together for one night over a meal and share thoughts in small groups led by university faculty and staff members.  Generally, the discussion is accompanied by a keynote, expert panel, or other group activity.

Colloquium topics are drawn from all areas of study.  Recent topics have included books on honesty, free speech, DNA and genetics, local food movements and sustainability, economics, immigration and American identities, and Victorian vampires.  We read novels, non-fiction, and sometimes even graphic novels and comics.  Colloquium is never the same twice, and by the time you graduate you'll have read a diversity of topics that help stretch your knowledge in news and unexpected ways.

Both texts this year were chosen to address this theme.

Fall 2022 Colloquium : Range: Why Generalists Triumph in a Specialized World by David Epstein 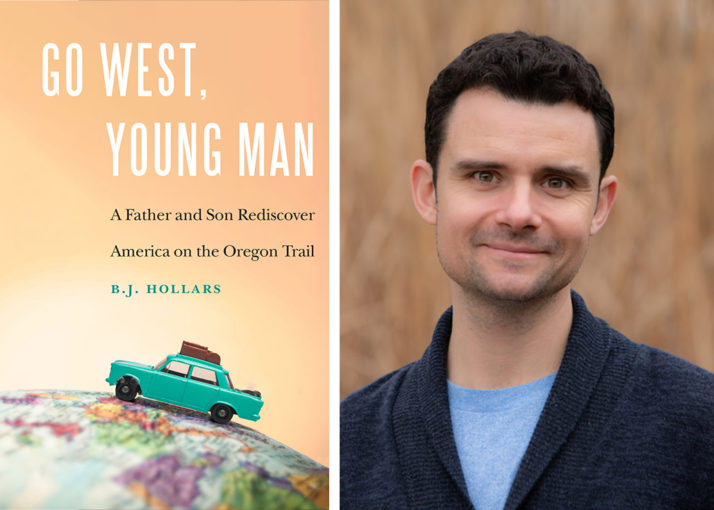 At the sound of the bell on the last day of kindergarten, B.J. Hollars and his six-year-old son, Henry, hop in the car to strike out on a 2,500-mile road trip retracing the Oregon Trail. Their mission: to rediscover America, and Americans, along the way. Throughout their two-week adventure, they endure the usual setbacks (car trouble, inclement weather, and father-son fatigue), but their most compelling drama involves people, privilege, and their attempt to find common ground in an all-too-fractured country.

Writing in the footsteps of John Steinbeck’s Travels with Charley, Hollars picks up the trail with his son more than half a century later. Together they sidle up to a stool at every truck stop, camp by every creek, and roam the West. They encounter not only the beauty and heartbreak of America, but also the beauty and heartbreak of a father and son eager to make the most of their time together. From Chimney Rock to Independence Rock to the rocky coast of Oregon, they learn and relearn the devastating truth of America’s exploitative past, as well as their role within it.

Go West, Young Man recounts the author’s effort to teach his son the difficult realities of our nation’s founding while also reaffirming his faith in America today.

Current Honors students can access a free digital copy of the book on Red Shelf in the Honors College Canvas Course.

From field trips to waffle breakfasts, social opportunities and learning outside the classroom never stops in Honors
Life in Honors

After you've been accepted to UW-Stout, you can apply to join Honors by submitting an essay and supporting materials
Apply to Join